haven’t checked the serial nubmber. it just looks came from between 1964 to 1965. someone added an extra diode on the original one. but the original diode works fine without it. more than one component have replaced at some point.

I grabbed this part lot off ebay. only what I need are the pulley bag. but the rest of them could be spare or could be a start for a new project.

the most important parts in this lot is this pulley bag. i used to have ZB-40 for rigid belt drive before. this ZB-40N is for the torque limiter setup. 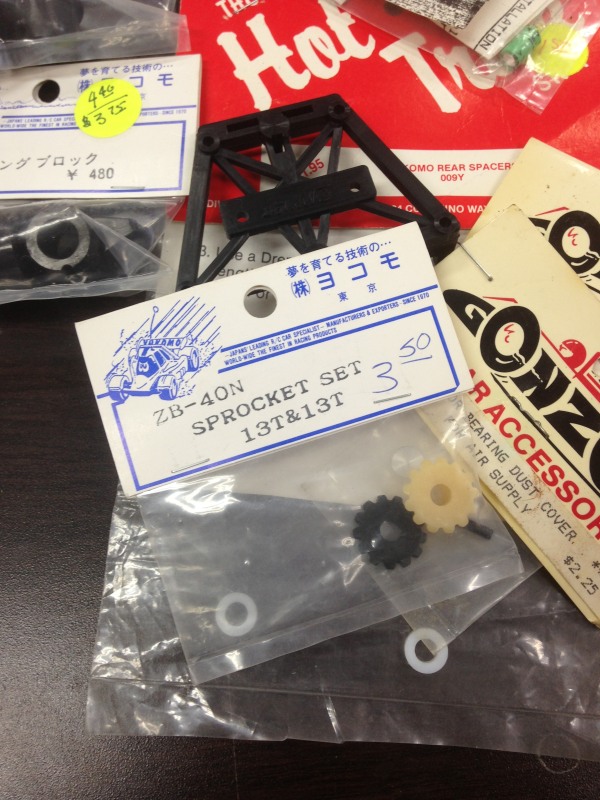 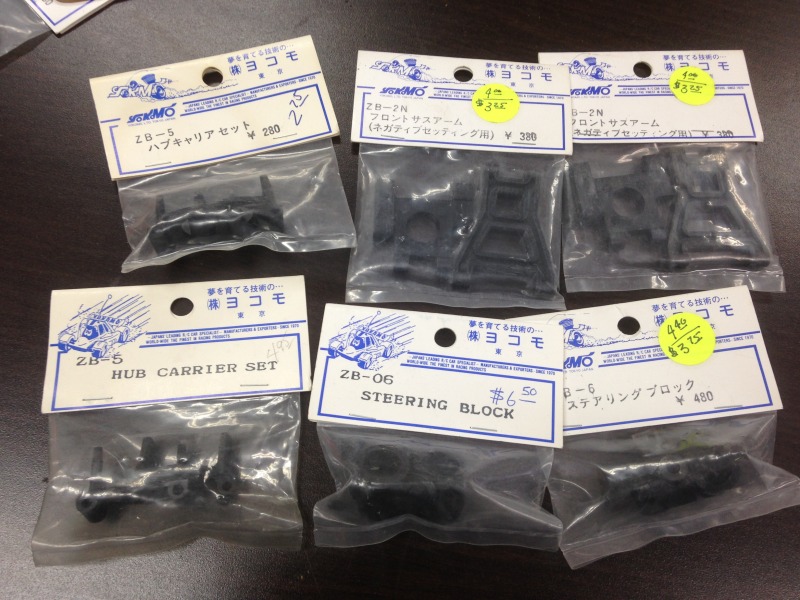 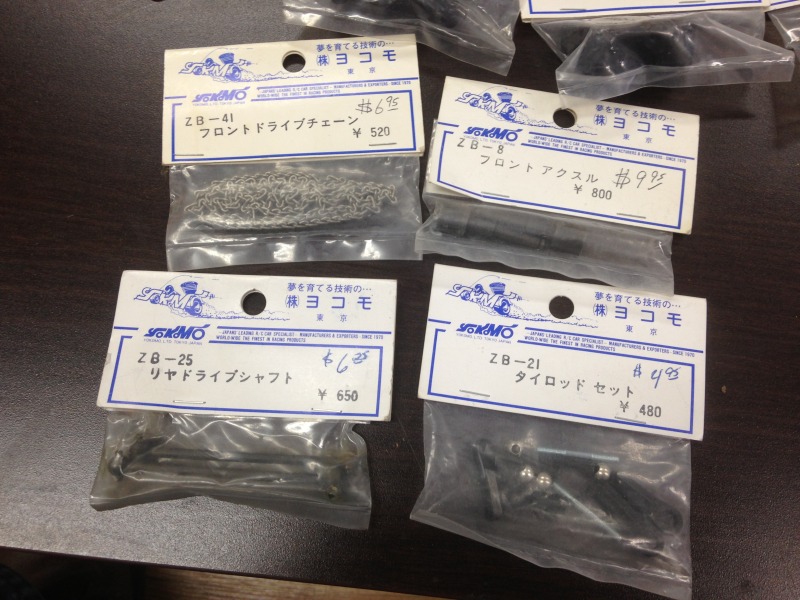 put my favorite Yokomo decal on the wing. and i need to cut 1/2 inch on the front side of this wing. thanks to my friends for the parts and help again 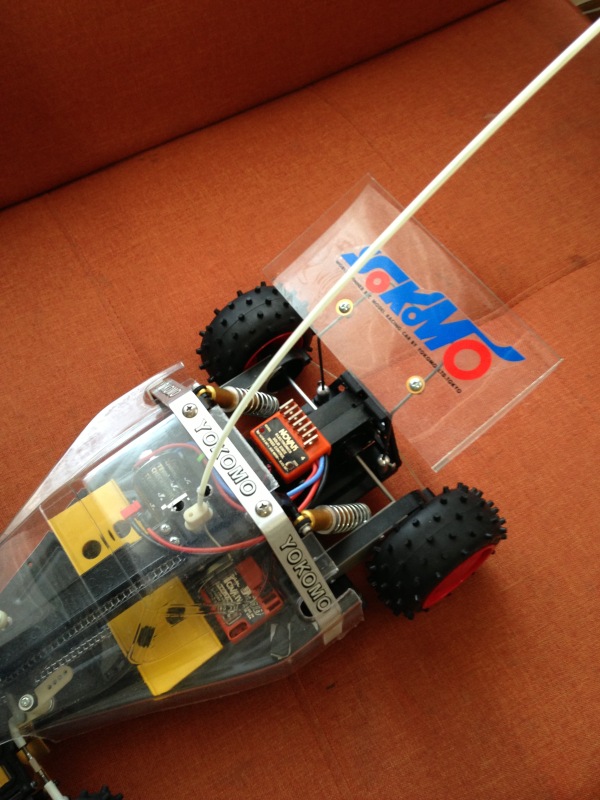 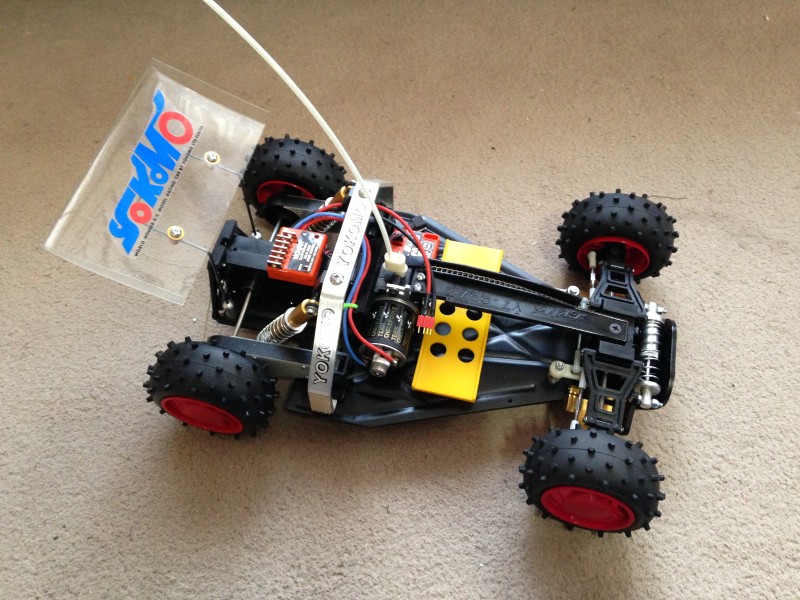 and more pics for electronics. Novak 4 middle of restoring and my clean NER-3FM. i’ve been running with this receiver for years while the FM antennas are getting disappear on the track. 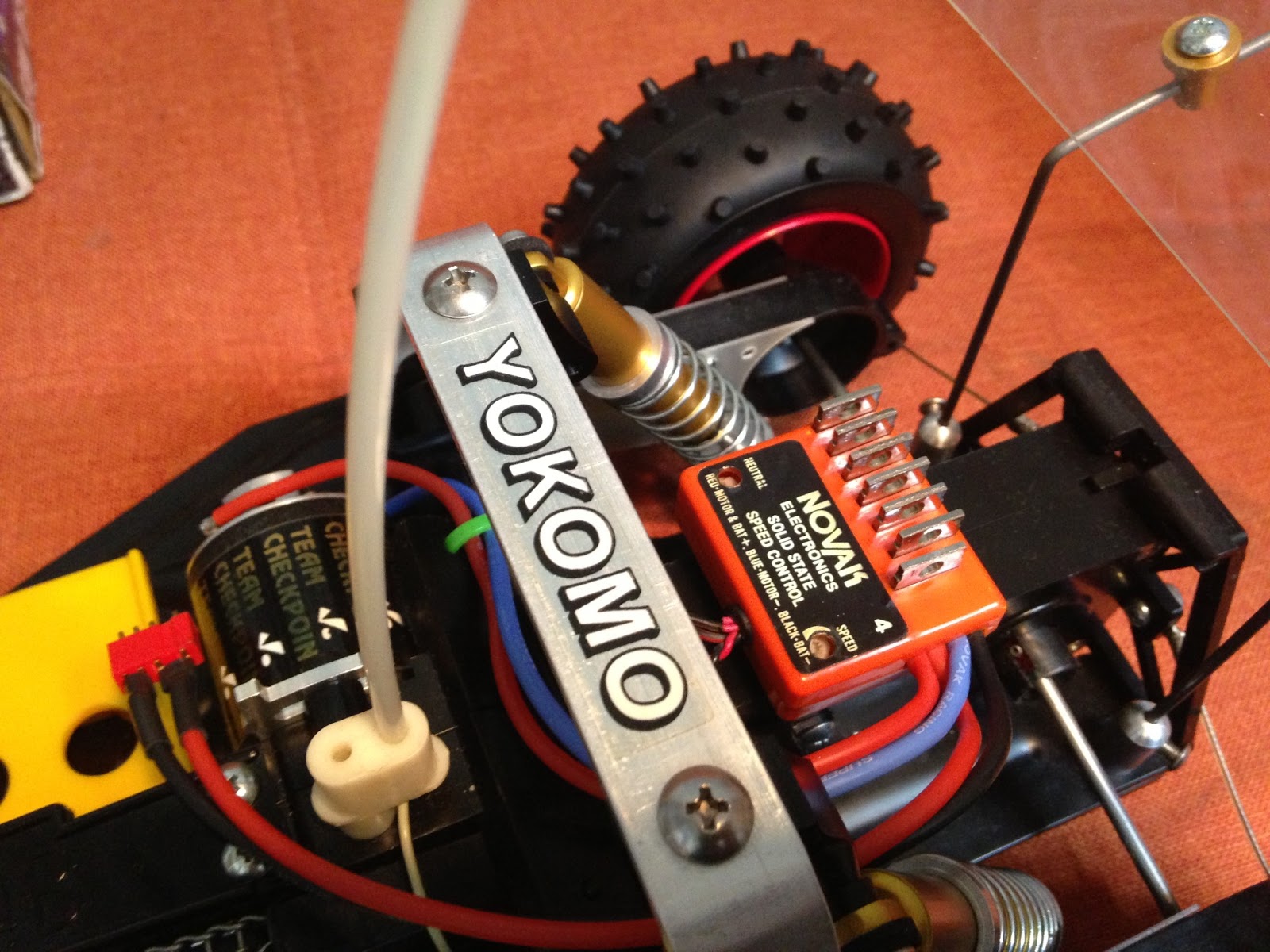 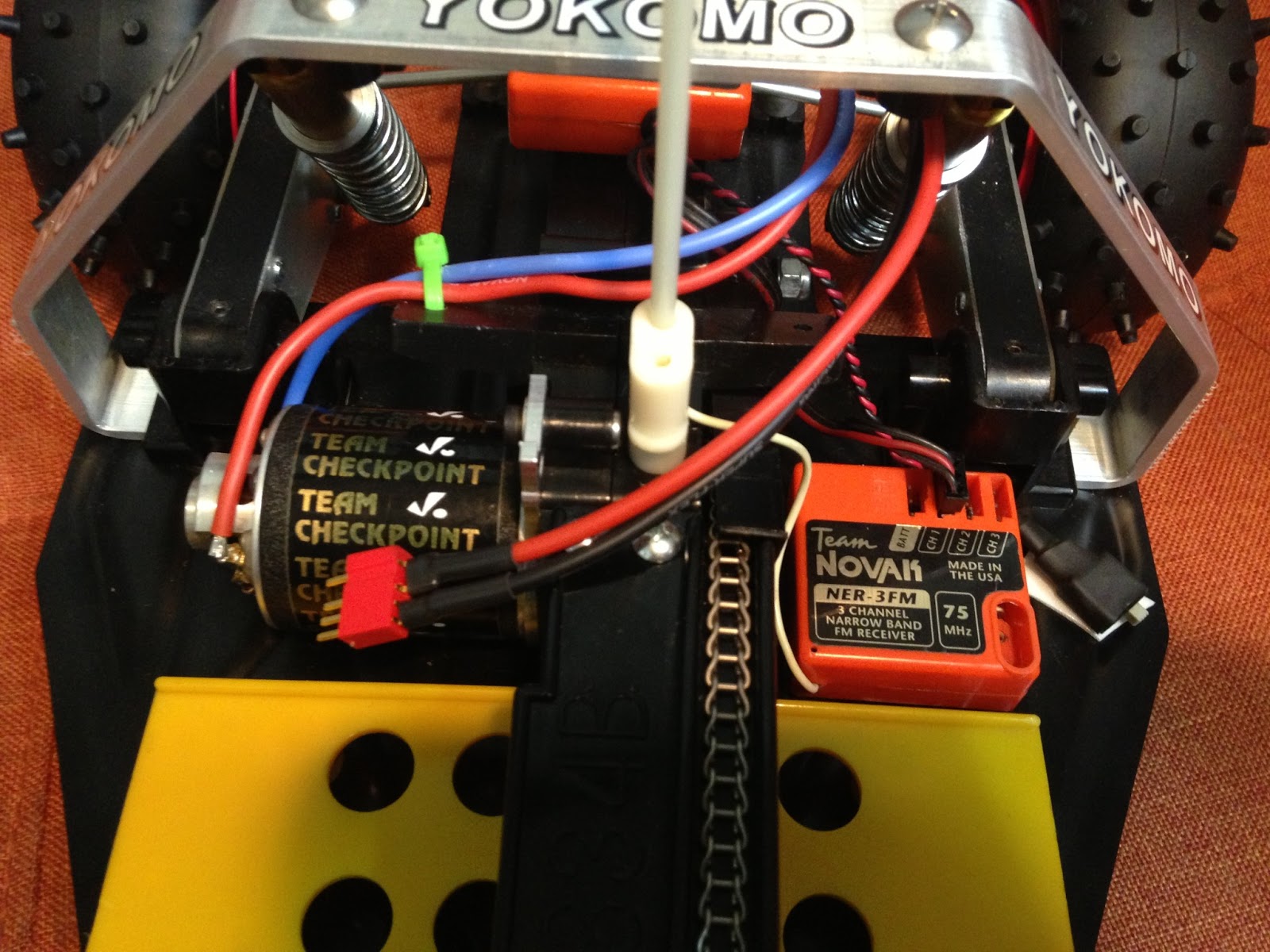 and Delta diff outdrives will be added soon. I’m after Delta slipper clutch as well.
[Update – 6th April 2013]
Delta outdrives have been installed along with Delta thrust bearing few weeks ago. 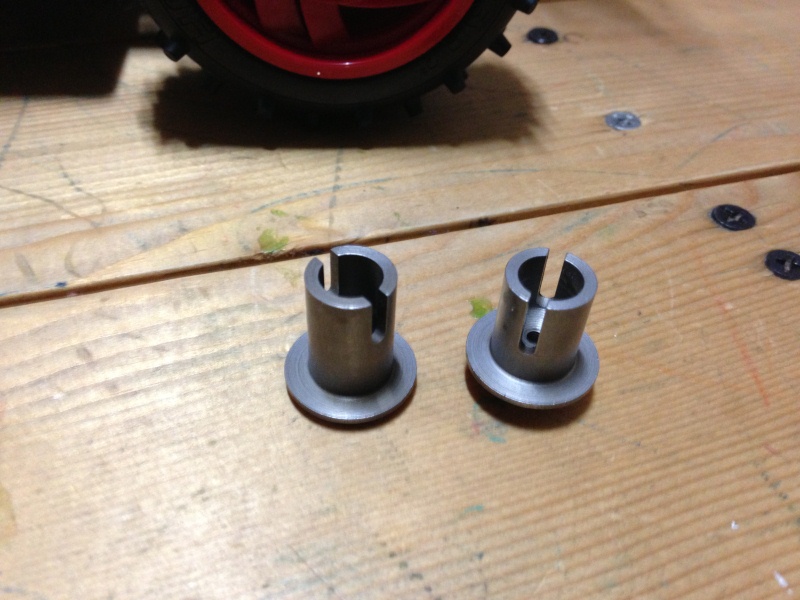 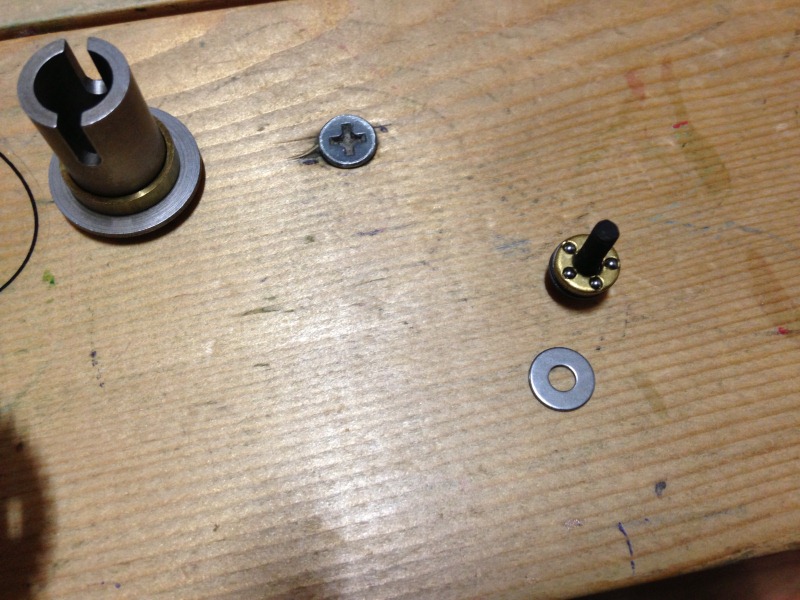 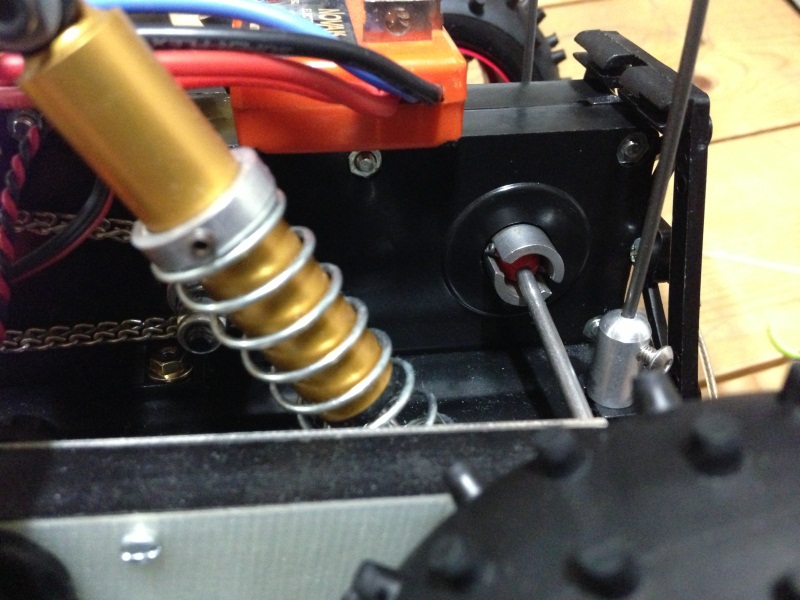 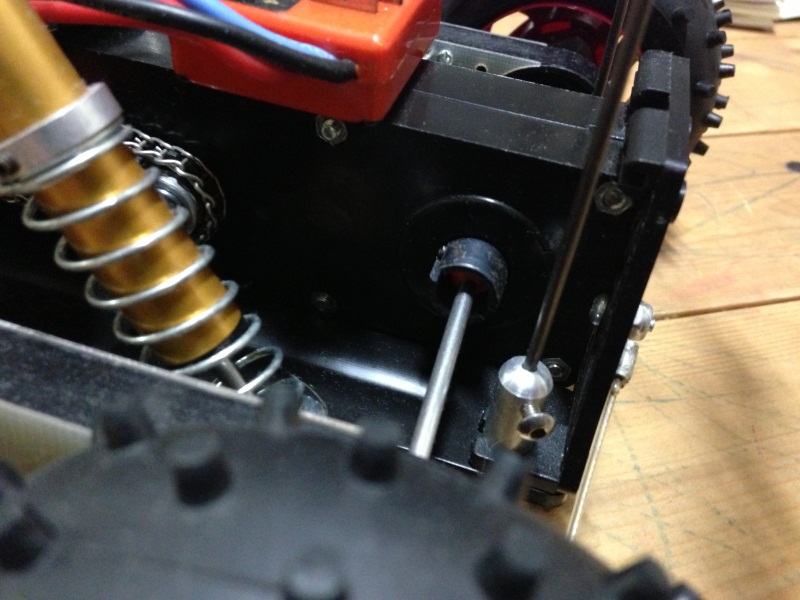 and please check this. you’ll see some nice wheels for 834B soon
http://www.pargustore.com/alloy-parts/yokomo/834b.html
Load More...

Came across this big red bum fuzz here on reverb.com

Sola Sound / Macaris sells a few different versions with different components along with the pricing. this one is a literally cheap, actually the cheapest version of them. they had/have more coming as well.

They put Zetex ZTX109 transistors on £399.00 version with better caps, even with the NOS carbon composite resistors, and probably with some tweaks.

But, £149.00 version has, as the name, cheap components include the plastic molded pots. the pots feel not good. but they still came from Piher at least. it has more unknown parts like 1/4″ jacks, footswitch, knobs, and ceramic caps.

I believe I can change some of the parts using the pics on Macaris.co.uk and Reverb.com. The schematics for Jumbo Tone Bender and B&M fuzz are on the web.

I’ll update with some mods and samples. here are the pictures found this nice and old datasheet probably was a part of the Jensen brochure. and it’s great to see the exact output of the 50’s Jensen speakers. P12R was the stock speaker for tweed deluxe. and now I can see why it came with tweed deluxe. btw, P12R and P12Q share the same bell cover. and you cannot install P12N and P12P with the bell in tweed deluxe because of the size.

and, this thread in the same forum says

took some pics at a friend’s place

The next evolutionary step for humans. Some of us will make the conscious choice to have our bodies integrated into a machine such as a spacecraft or a probe. By integrated I mean encased in a pod permanently connected up tp a “Matrix-like” system where our bodily functions are taken care of by the pod and where the sensors of the ship become our senses and we are the mind and soul of the machine.

A perfect blend of machine and flesh.

Over time our bodies would mesh with the pod and we would look very little like a human. To human eyes we would seem grotesque and removal from life support would mean death, So, our bodies remain in a windowless pod greatly shielded from radiation, heat or the effect of gravity or g-forces.

Then as this hybrid being, we could survive where no human could survive. We could live indefinitely if we slowed the body down while keeping the brain functioning. We could explore the universe this way. We would be more than human.

with the dancing bears

“He who fights too long against dragons becomes a dragon himself; and if you gaze too long into the abyss, the abyss will gaze into you.”

The German Philosopher Friedrich Nietzsche died in 1897 of brain cancer in the home of his mother. He had a nervous collapse in 1887 at the age of 44 and spend his last ten years totally and completely insane. He saw too far.

The American writer Ernest Hemingway killed himself in July of 1962. He had been suffering from severe depression and was undergoing electroshock therapy. He wrote that he was depressed because he saw the “black emptiness of human existence”. He saw too far.

You see my friends there is a dark place in our psyche. An abyss. The most intelligent and far-sighted of us can see into it. It is a frightening place. Not peopled with monsters or ghosts but with emptiness. An emptiness so complete that it appears that there is no end to it and no escape.

Yet, this is an illusion. The dark place is something we create for ourselves. We stare into it and it takes our hope. It clouds our perception and crushes our spirit. Yet, it does not have the power to destroy us. We must do this on our own. If one leaps into the dark place and embraces it then we fall through to the other side. On the other side is perfect freedom. Death is not the answer. Life is the answer. We can live in freedom from fear by embracing our fear. The darkness cannot touch us ever again.

“It’s done by hurling yourself into the abyss, and discovering that it’s a feather bed. There’s no other way to do it.” 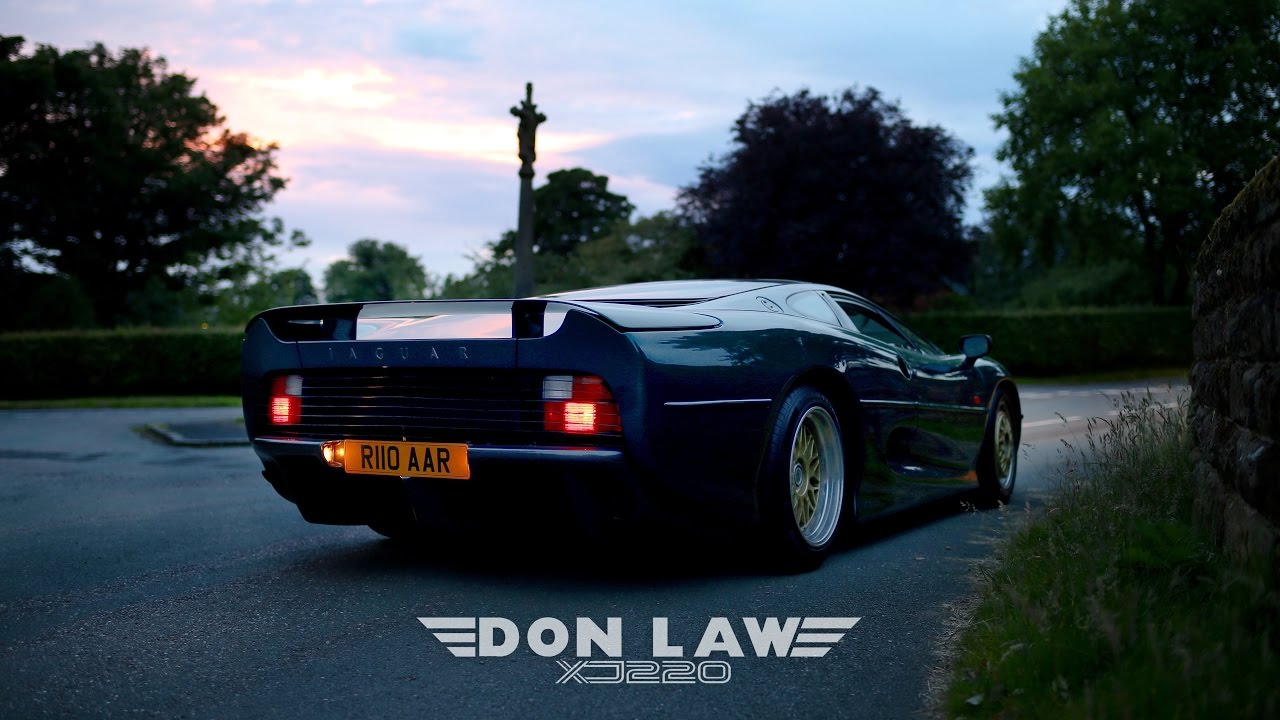