mostly, we are using Lipo batteries with some of LiFePO4 nowadays. and dealing with NiMH cells was not a pleasant experience too me.

NiMH cells are more powerful and have bigger capacities than NiCd cells. but, NiCd cells require less maintenance as we know

a friend found me 3 packs of NOS Panasonic 3000mAh batteries along with 1 pack of zapped cells. then I opened the packs and started to recycle them one by one.

I never charged or discharged the cells individually before. and forgot the delta peak setting of NiMH cells. I didn’t like NiHH this much. I wanted to forget about them.

I tried this document from Novak electronics which I trust
http://teamnovak.com/file_download/1299721801bat_care_sheet.pdf
it says do not discharge the cell below 0.9V each. it’s correct for the most of the NiMH cells. but few cells from GP and Intellect were optimised for 0V or less than 0.3V discharge. I got Panasonic cells here, and 0.9V limit is pretty much right for me

and this documents says set the delta-peak to 4mV per cell, you can set it to 6mV if charging stops occasionally. and do not exceed 10mV per cell. The cells are more than 10 years old. so, I cannot trust the labels anymore, but it still was good to test them with the original data tags. and the tags worked somehow. higher grades are more expensive because they are only a few from the lot. and the worst ones sold as Zapped batteries without any data tag.

from this experimental with Panasonic 3000mAh cells. I noticed a few things

Better cells have lower internal resistance – less than 25m Ohm during 3.0A charging (18~25m)
Some of the cells are like new. charged up to 3800 to 3900 at 3.0A charge only from the 2nd cycling
Some of the cells work with 6mV delta-peak, and some are working with 8 to 10mV, and it keeps changing with more charging-discharging cycles
6 of 18 cells still are fresh from the 1st or 2nd charging.
20 to 25% of them are bad from now. I’ll try more with them, then will update too.
The rest of them are different, some still has high capacities along with higher resistance (over 38m Ohm), some have low resistance with low capacities. I need to try more with them too

I already got 6 of best cells just like I bought them 10 years ago. and working with the rest of them. few of them have 38m to 51m Ohm resistance. and I believe higher resistance are worse than low capacity. higher resistance make the cells hot and make them dead fast

The recommended delta peak setting is around 30mv for 6 cell pack. but it’s for one pack. some of the single cells are too sensitive. and single cell charging can require bigger threshold than 5mv which is 30mv/6. it’s my experience from these 10 year old 18 of Panasonic 3000mAh cells

will update soon with the discharging rate. I’m working at 5.0A and collecting the data

[update after 5 days of cycling – Jun 28th, 2015]
All of the cells had around 5 times of charging-discharging cycling.
none of them are hot, up to 19V, nor has 50m Ohm resistance.
some of the cells were good as I mentioned before. and they have only 3 to 4 times cycling. some cells were not that good. and had 1 to 2 more cycling.

Each cell in the same pack has different delta peak point. and, it was the reason for the matched pack. but, it’s still true each cell meets the delta peak point at the different moment.
so, it’s fine the set delta peak to 10mv for individual cell. and it’s correct you need to set 5~7ml per cell when you charge a pack. if it’s 30mV/pack, some of the cells are not fully charged, and some of them are slightly overcharged. and it’s still fine I believe. but if you set 60mV for a pack. some of the cells in the same pack would be seriously overcharge.

but I’m running with Lipo, no more with NiMh batteries which need some special care.

never tried big bore shocks on the track yet. all the runners I got here are from 80’s and 90’s. this BJ4 is the first one with big bore setup to me

the first plan with the socks was this. strip, anodize, then this teflon spray and baking 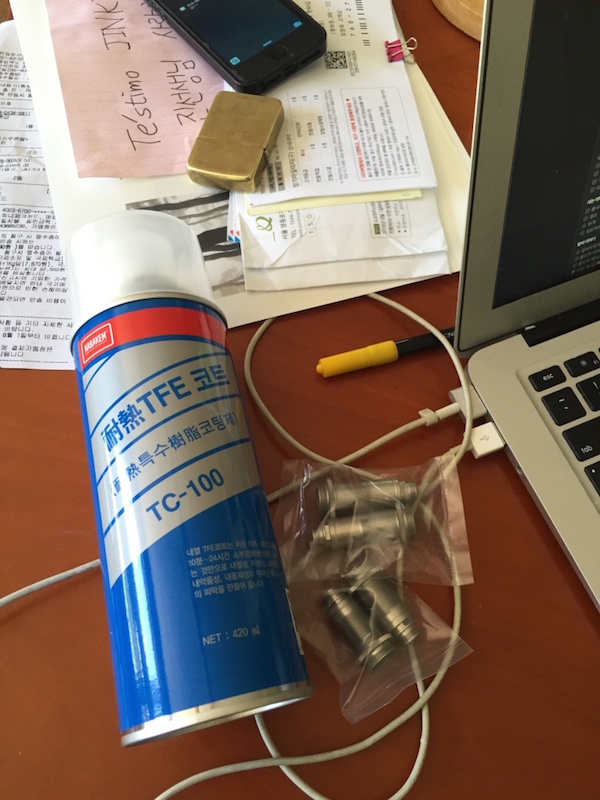 the plan has changed after I saw this picture from AE, then ordered the front shock bodies which were only available at the time 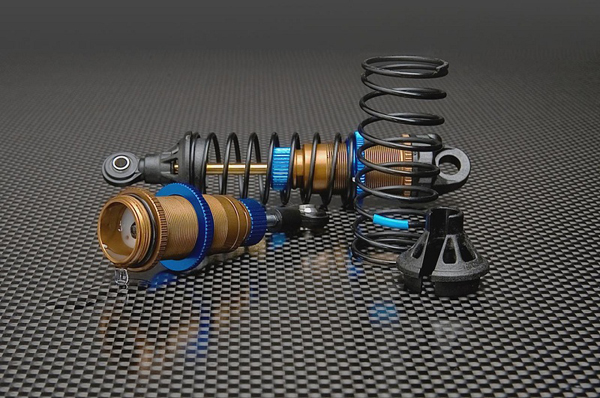 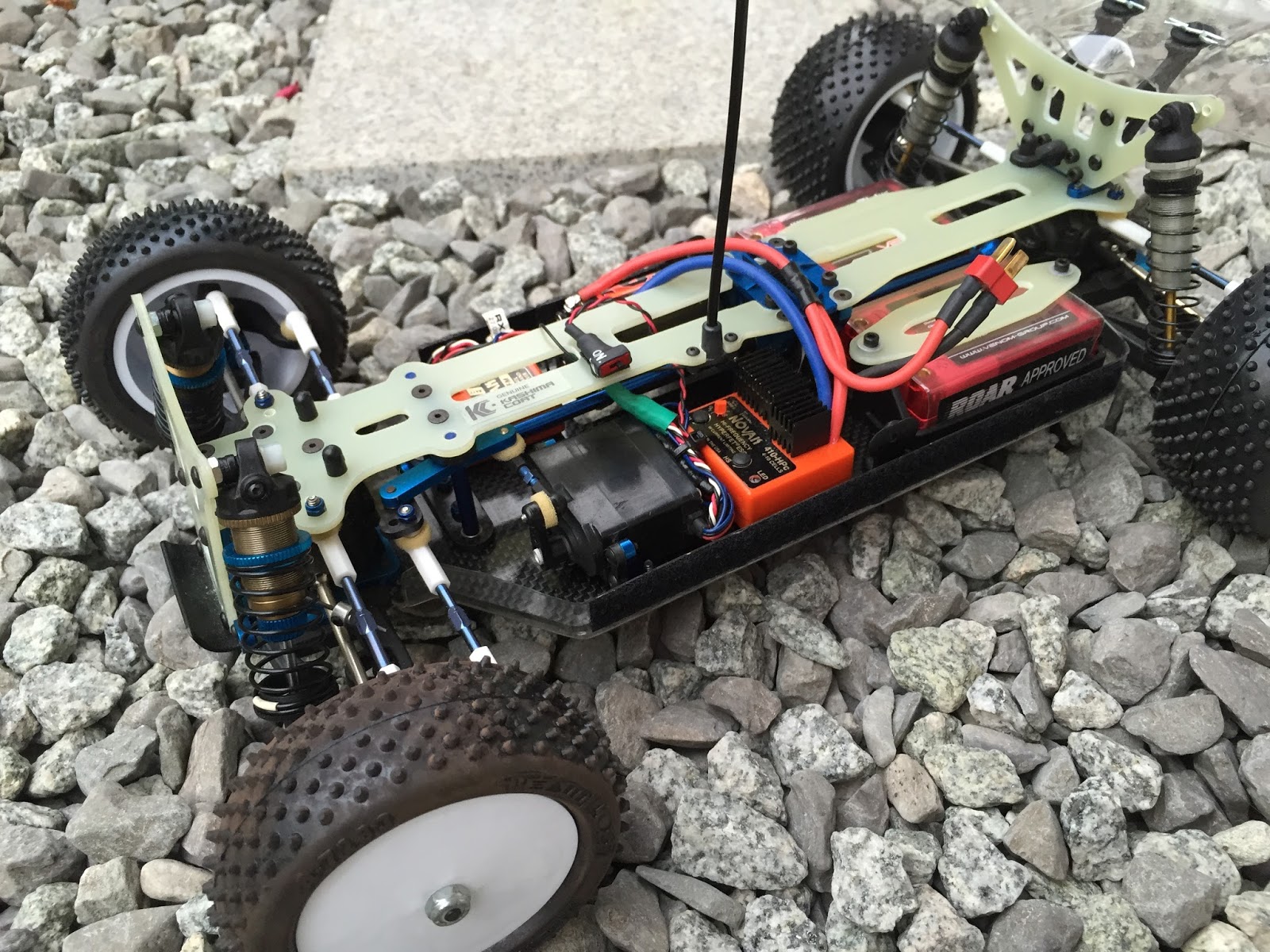 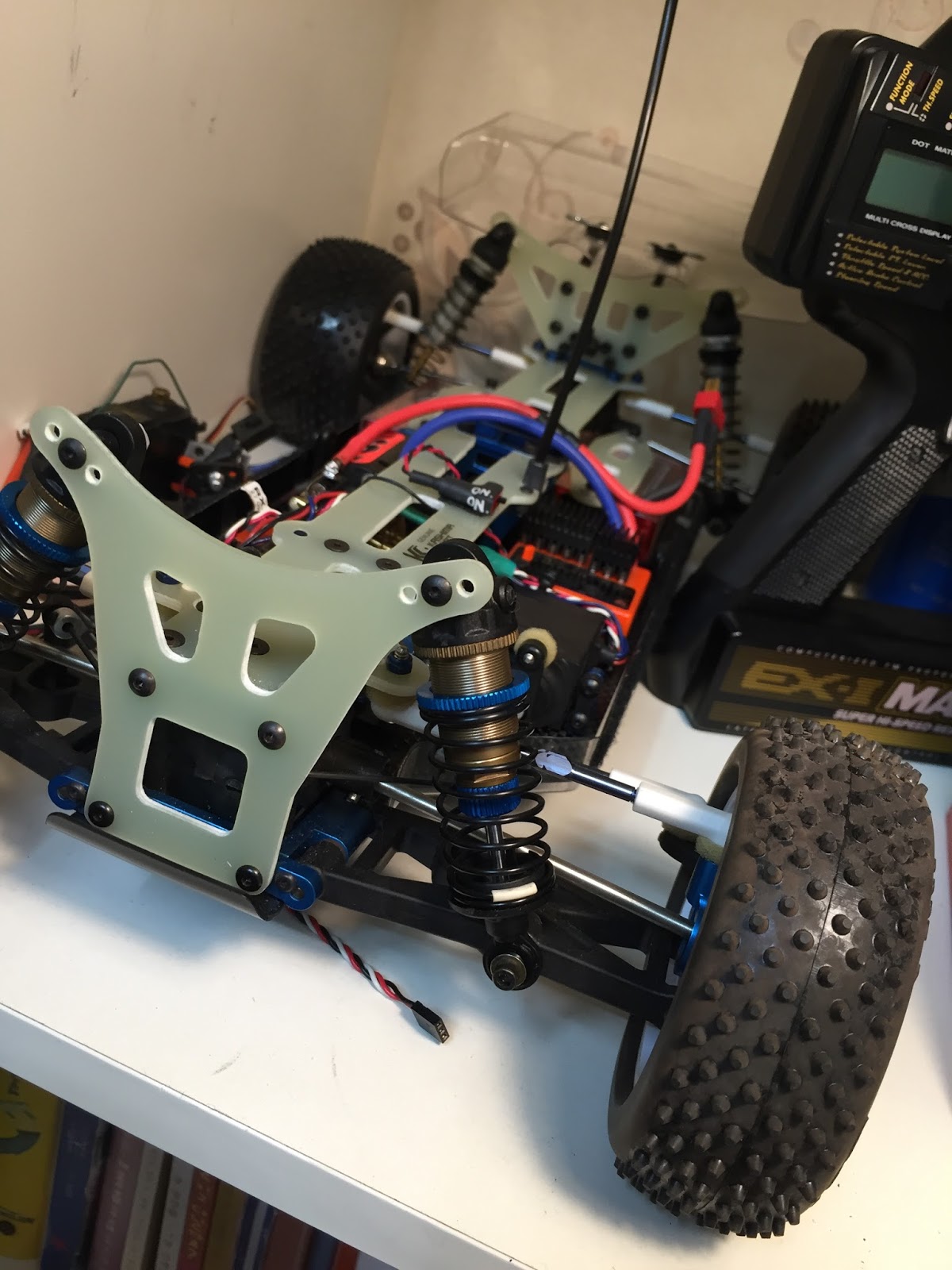 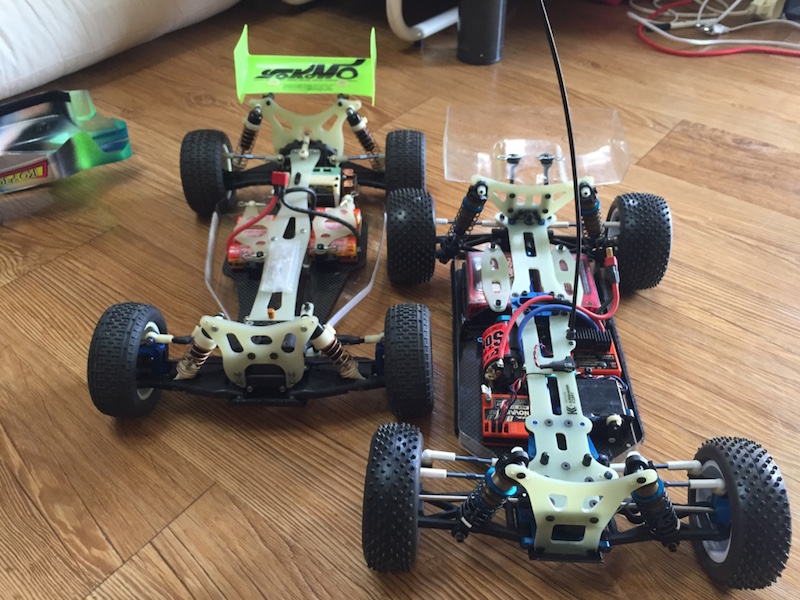 shocks are done, and I’m going to a new chassis for saddle / shorty battery conversion like B44.3 does. 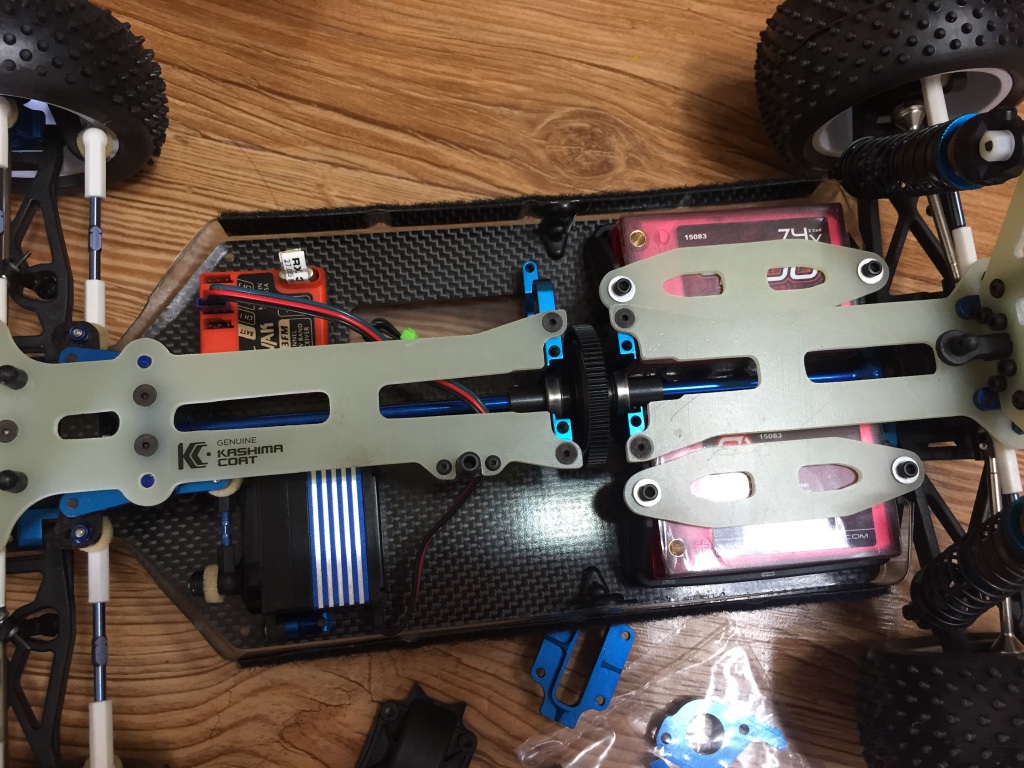 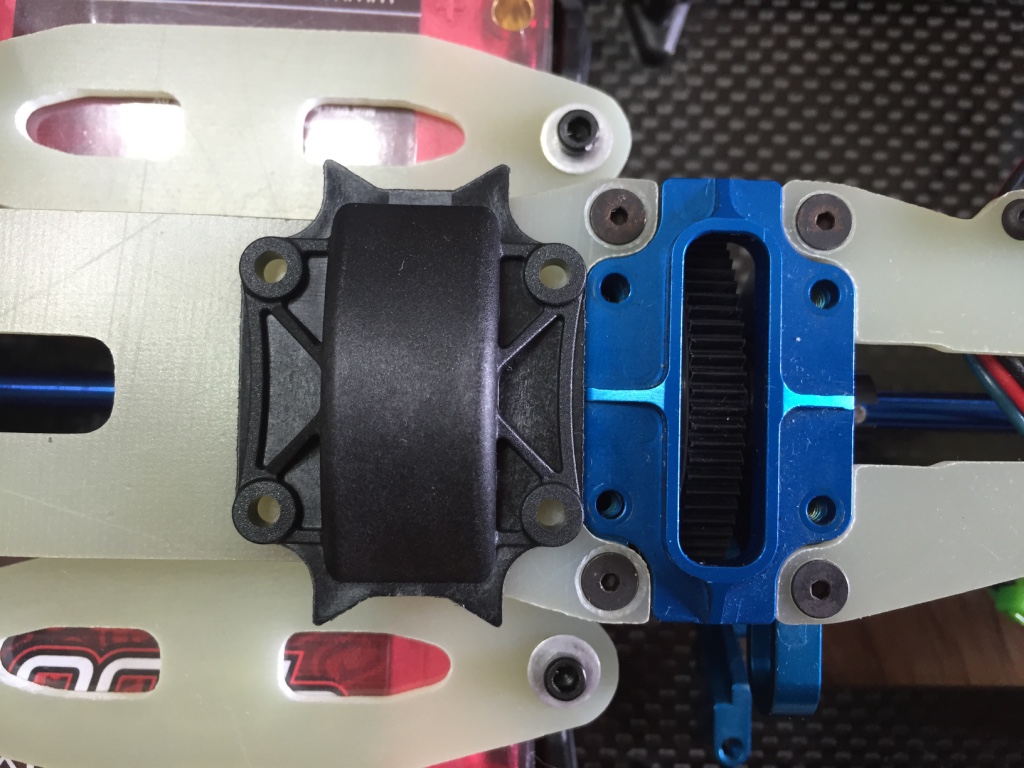 new center brace coming from Jconcepts along with B44.3 ceter diff. but I’m not sure Bj4 aluminium center shafts fit the B44.3 diff cups yet. the aluminium shaft head is slightly bigger than steel shaft’s

I’m working with a friend for the new chassis. will update in a few weeks.
this Bj4.3 will have
0. Front / Rear center shaft swap
1. new custom chassis for B44.3 motor mount
2. new top decks
3. new battery holders from b44.3 with epoxy battery straps 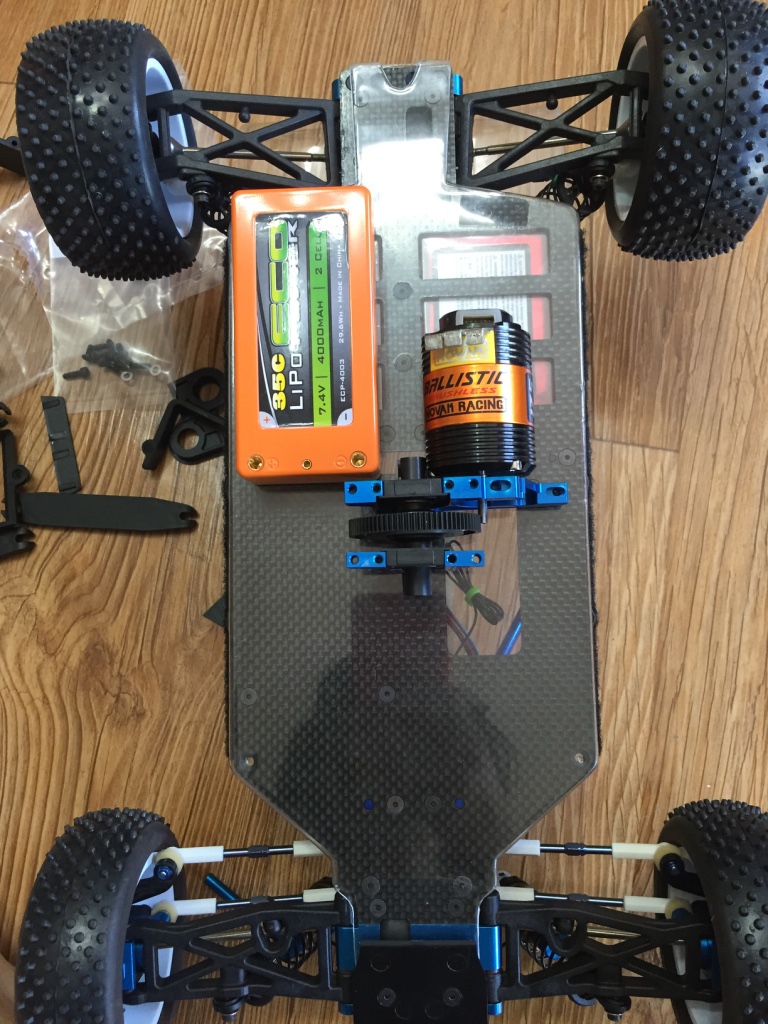 and here are the wheelbase info for Bj4 and B44 series. I need them for the new chassis

[update from July 7th 2015]
got the center diff, and now can see the new wheelbase of the chassis
the motor mount itself is 6mm wider than Bj4’s. but the difference of the diff cups are only 4mm.
the under tray has 2mm margin, so I need to cut the backend.
the body has 3mm margin between the under tray, so still can use the body
the lenght is identical for B44 and Bj4 bodies. 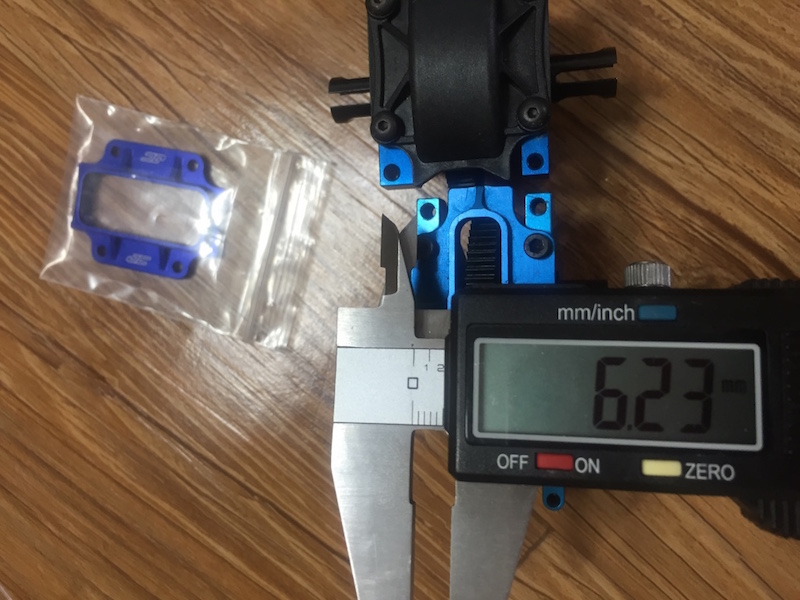 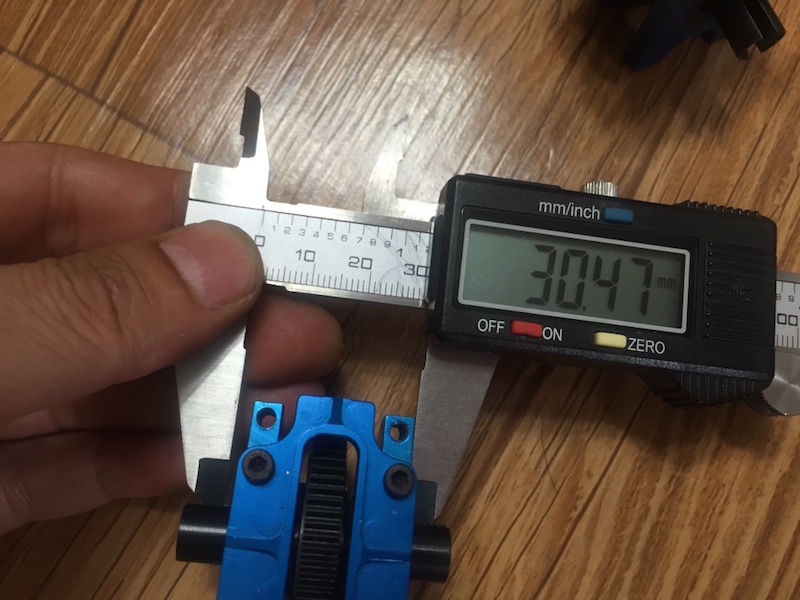 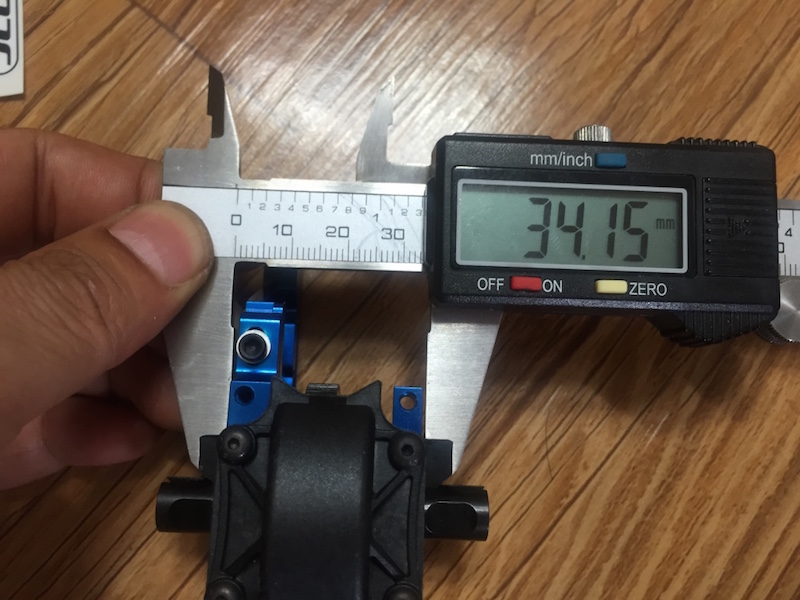 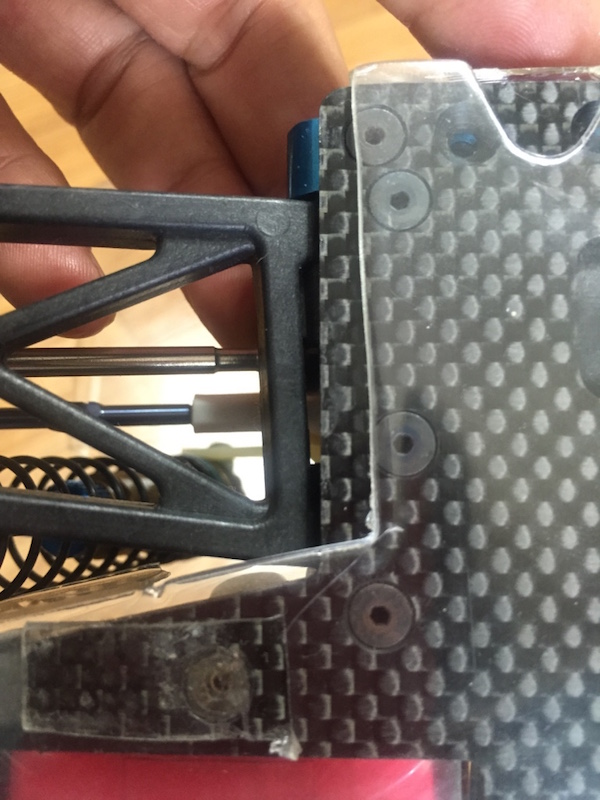 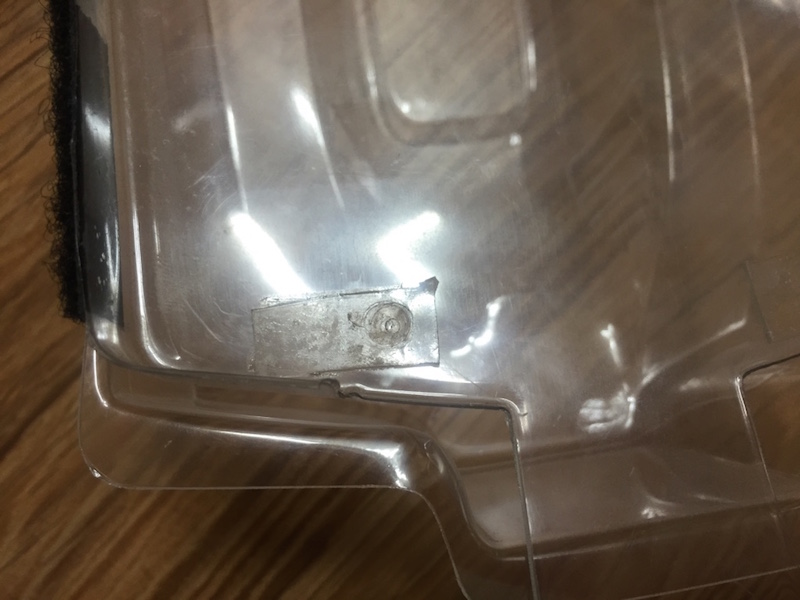 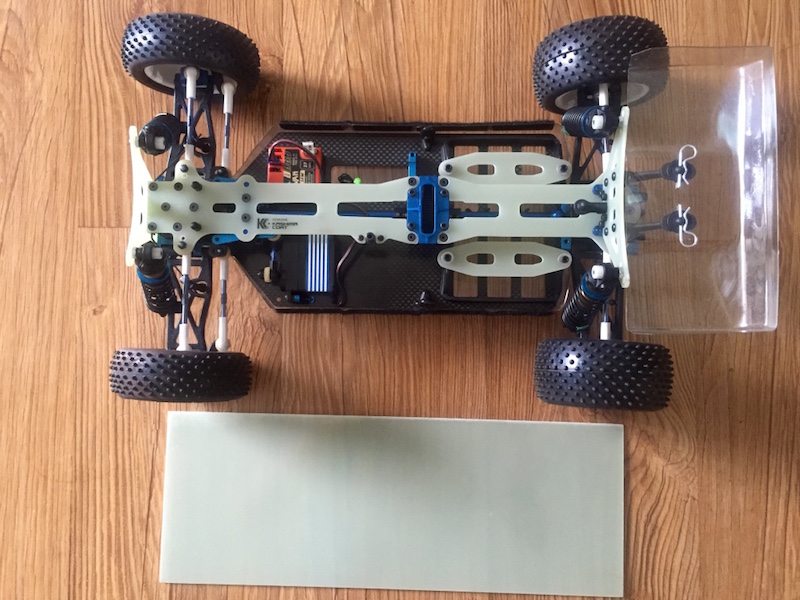 my ’94 yz10 runner got a new shell with some decals today. 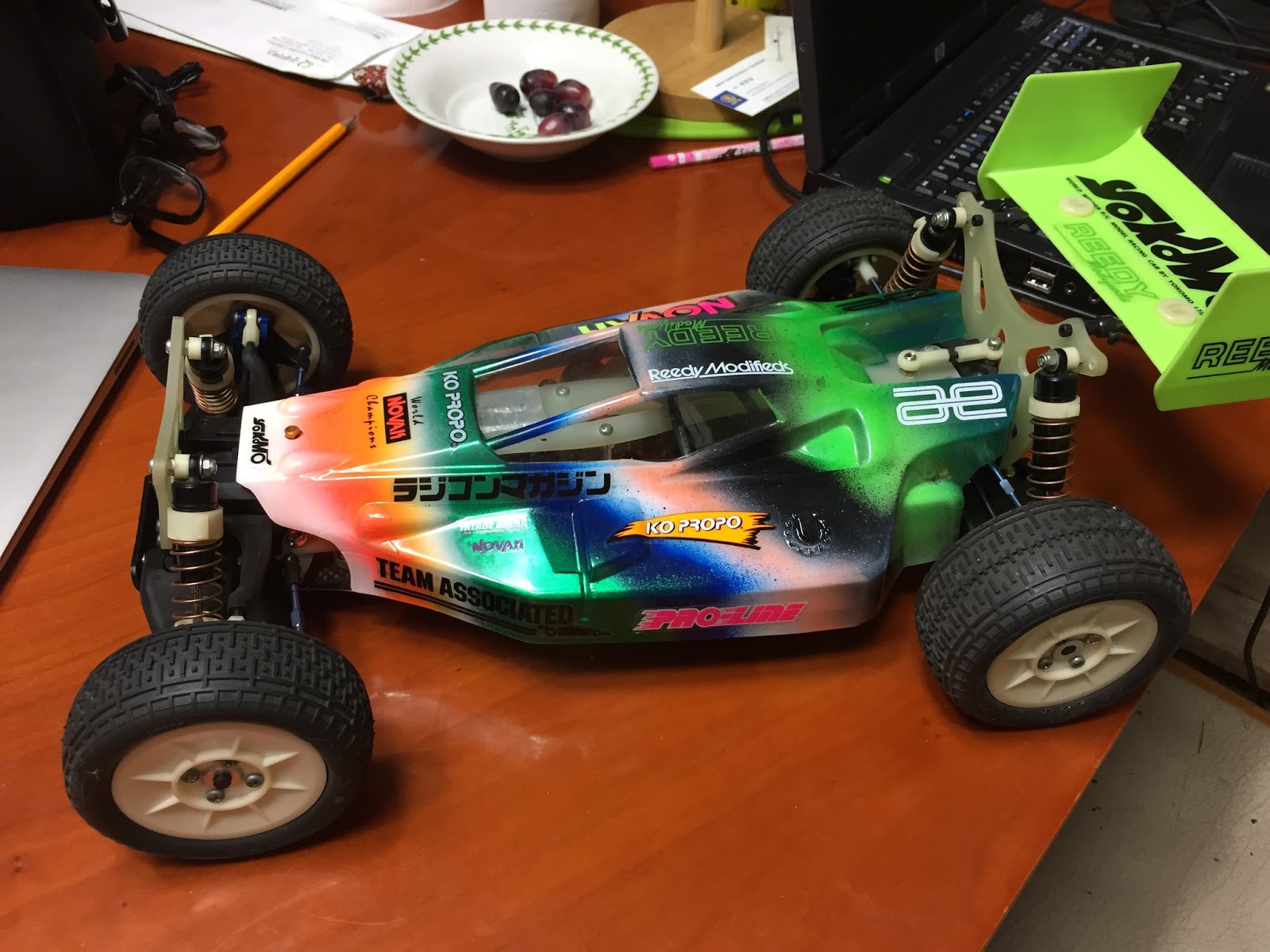 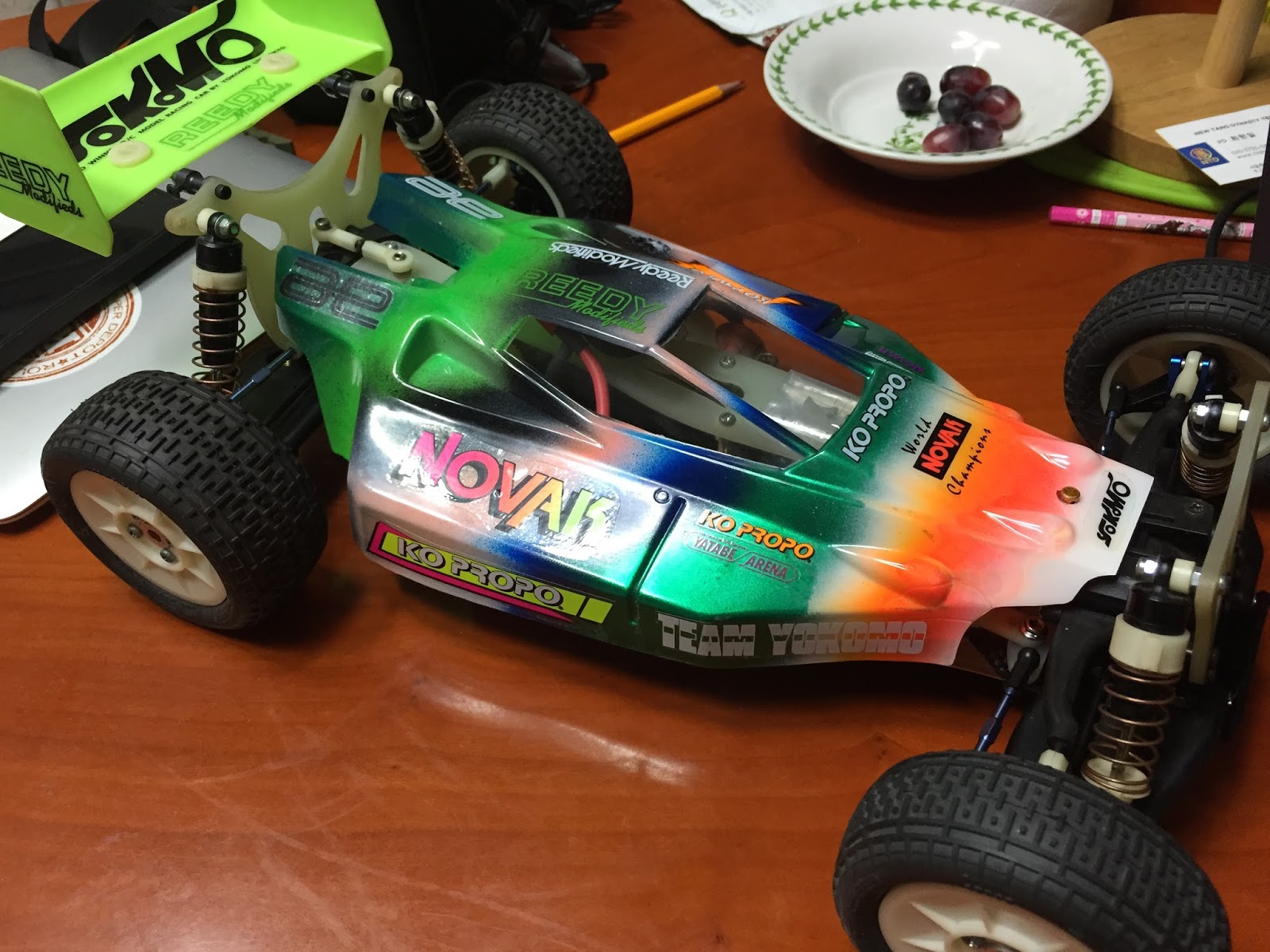 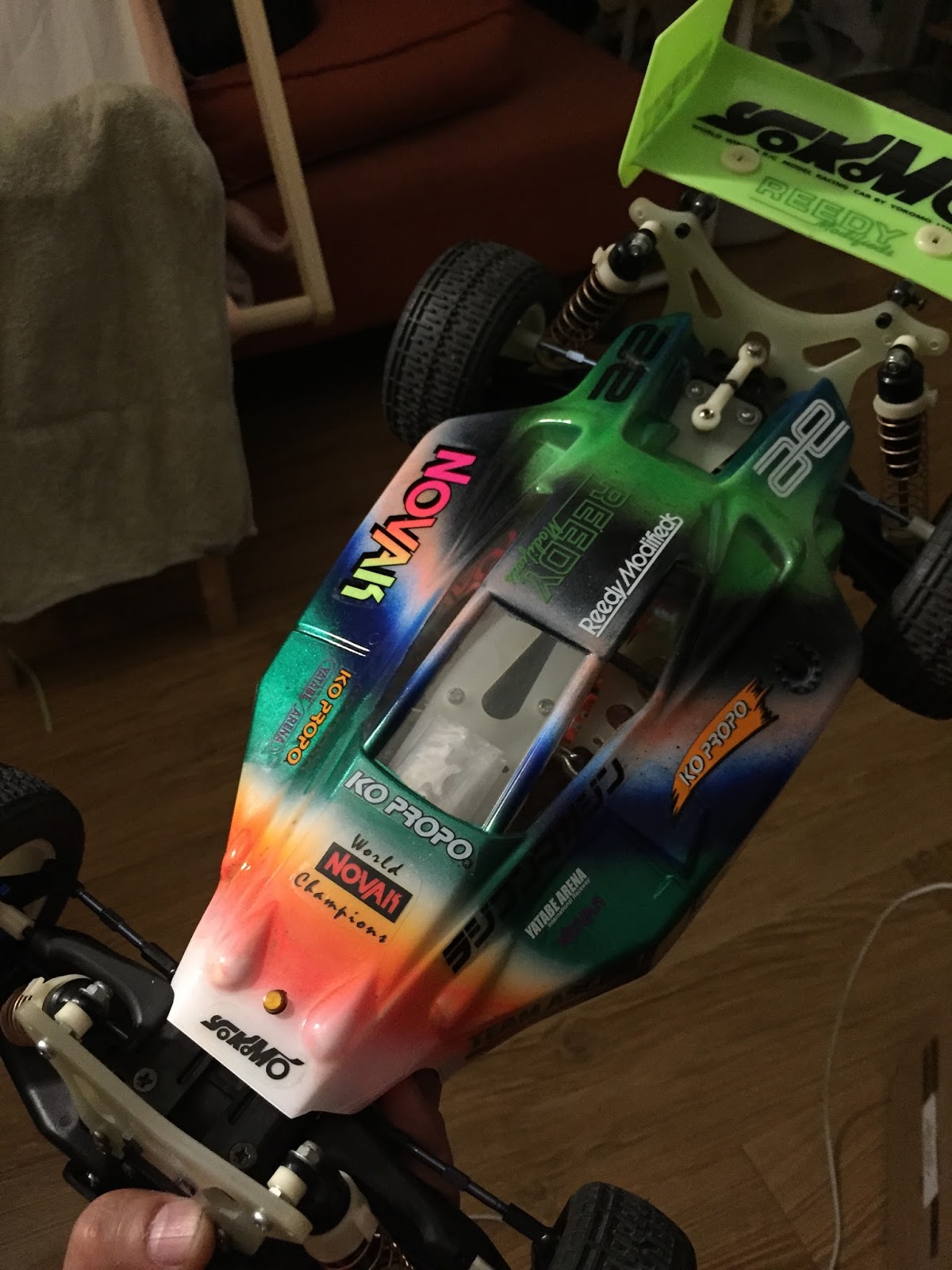 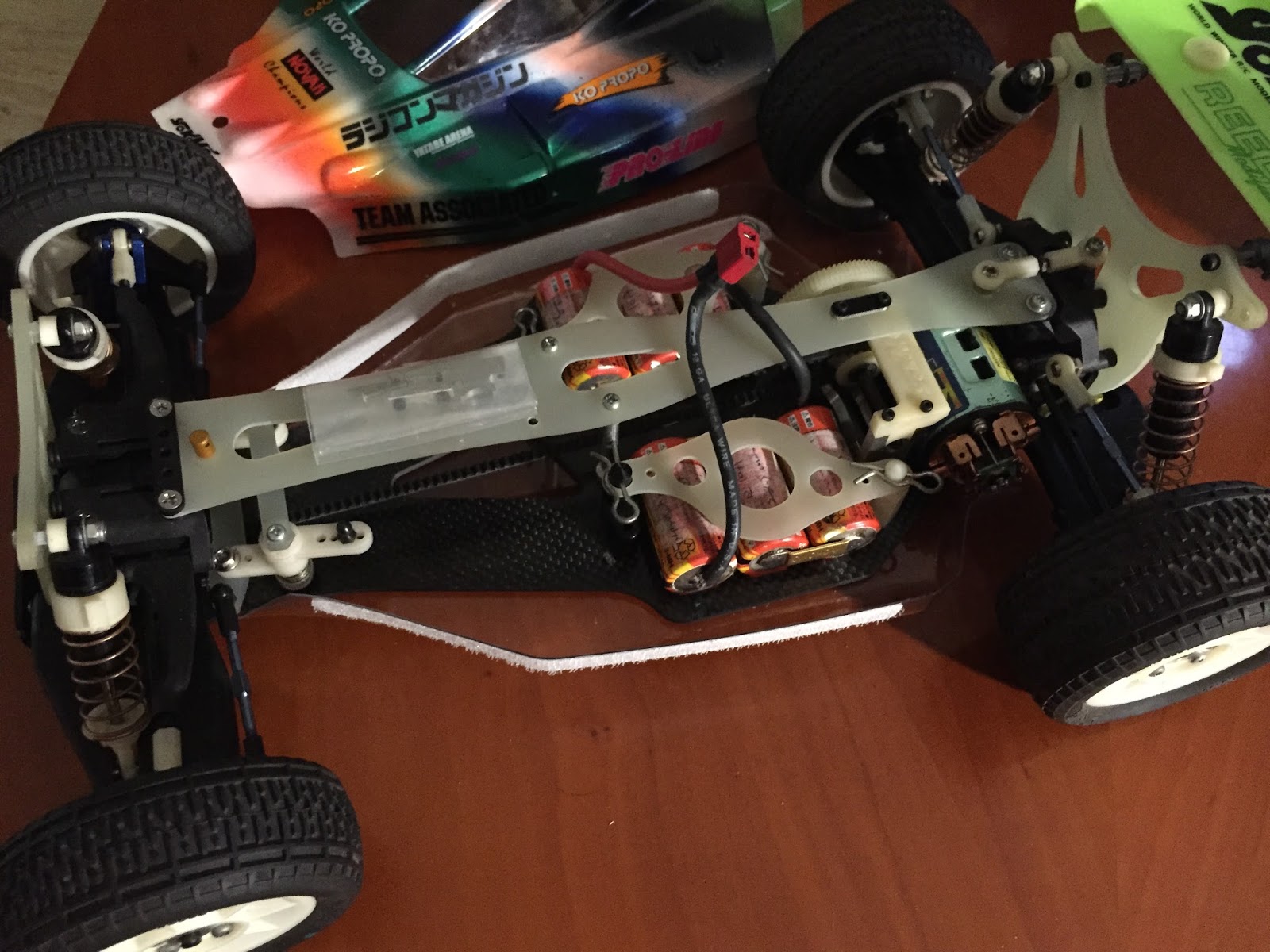 found the MX4 wheel hubs for YZ10. and more MX4 wheels for this setup too.

pargu is working on the wheel hubs. you guys can use them pretty soon. 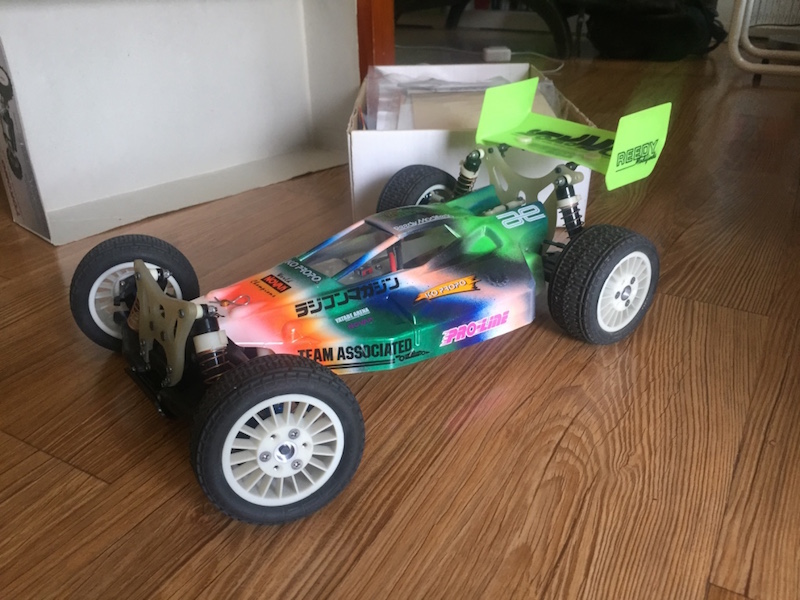 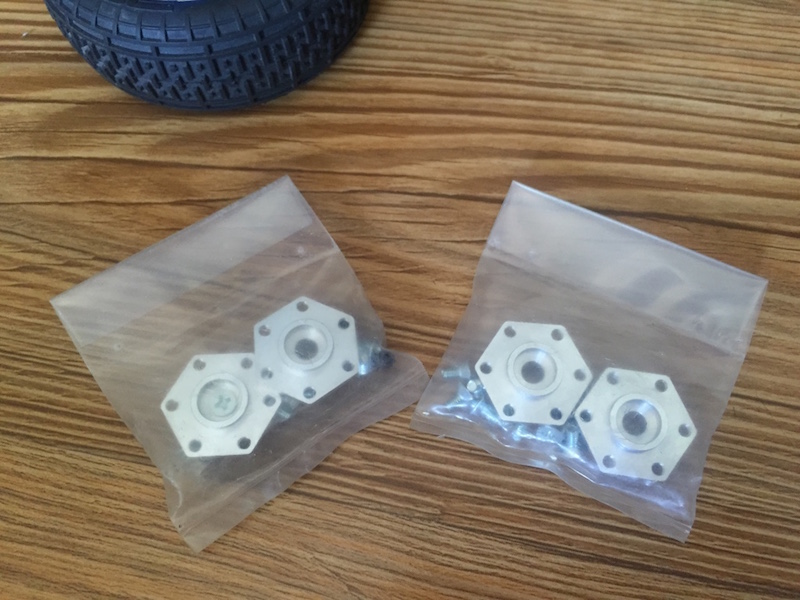 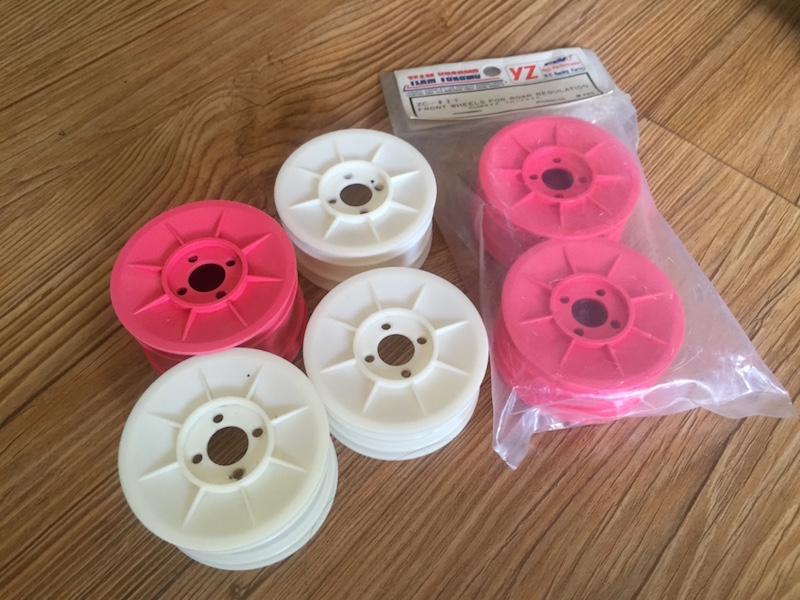 I just made this Reedy motor table for myself. why not to share then?
this table works most of the Reedy motors like Ultra, Sonic, Sonic 2, Ultra Sonic, Tri sonic, even DS series as well.

and I found some interesting things while I was making this table.

Ultra series didn’t have any Quint (x5) motor.
Ultra had some exclusive turns and initials like N for 19×3, and more like Q, R and K
F, V and Z stand for more than one wound type
and.. there was no 18 turn motor from Reedy according to the parts list I got here.